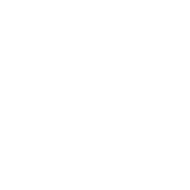 The percentage of members ages 12 months to 21 years (up to before their 21st birthday) who have been screened for latent tuberculosis infection (LTBI) risk factors by staff at the PCP office during the measurement year.

This is an exploratory measure; there is no payment for 2021 and 2022. For additional information, refer to the 2021 and 2022 CBI Technical Specifications.

The CDC and U.S. Preventive Services Task Force (USPSTF) recommend screening for LTBI in populations at increased risk. Risk for TB generally falls into two groups, first they are likely to be exposed to someone with active TB disease, or second, they themselves have health conditions that are associated with an increased risk of progression from LTBI to TB disease. Some of your patients may be at higher risk than others including:

Also, at risk are those with certain conditions:

[i] Centers for Disease Control and Prevention. Controlling tuberculosis in the United States: recommendations from the American Thoracic Society, CDC, and the Infectious Diseases Society of America. MMWR 2005;54(No. RR-12): 1-81. https://www.cdc.gov/mmwr/PDF/rr/rr5412.pdf